Creating Your Own Mesh Network to Extend WiFi Coverage

Note: Since this article was first published, a new range of Wireless Routers are now available and marketed as Wi-Fi Mesh Network Systems that provide the same benefits described in the original article. These new systems tend be expensive, ranging from $150 to over $500, depending on the brand and how many devices are included in the package, BUT, they are convenient and they do simplify the configuration steps. However, we think this article is still relevant if you are pursuing an inexpensive alternative using cheaper basic WIFi routers.

If you wish to create your own using a basic router such as the Linksys AC1200 WiFi Router that costs under $50 each, then skip to the next section on creating your own. If you are leaning towards purchasing one of the prepackaged solutions, we think Google's second generation mesh Wifi, now branded as Nest WiFi is a good option. Each router covers about 2,200sq ft, so 2-pack would cover 4,400sq ft, and a 3-pack about 6,600sq ft.

How to create your own

The most basic and least expensive way to extend wifi coverage is a wireless range extender. These devices range in price from about $20 to $100. They do the job but lacks the speed, reliability, and range compared to other solutions. The weakest part of these range extenders are the backhaul capabilities. If these satellite devices are not connected to the main router via wired ethernet, they rely on using a wireless connection, but if the wireless link is already weak (hence the reason for installing the extender), then this impairs the backhaul capabilities.

The best option to extend WiFi signal coverage, is to connect several routers together, with one being master (doles out the IP addresses to connecting devices) and the other routers acting as basic Wireless Access Points that extends the wireless coverage. Together, they share the same SSID and work seamlessly to extend the range, without compromising speed and reliability. 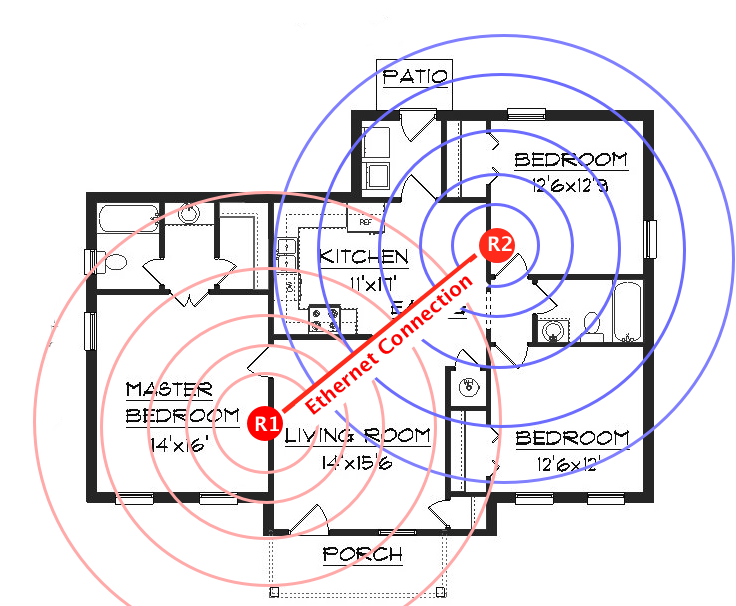 Proceed with confguring the master router the same as you would if your were installing a single router WiFi solution. Connect the WAN port to the service provider's broadband modem. 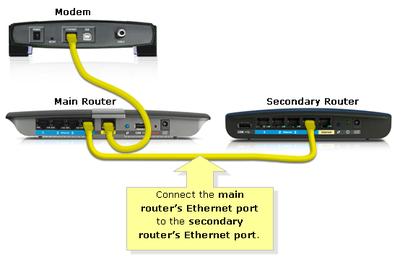 Other related articles: MiFi - Creating your own Hotspot